Menu
PrevPreviousWhat Is The Perfect Wedding Transportation? Limo Vs. Party Bus
NextUpcoming Concerts near Ann Arbor MI in 2020Next

Garth Brooks is coming to Ford Field in Detroit! This will be his only stop in Michigan on his stadium tour, and a rare chance to see him perform. The country music superstar, a recent recipient of the CMA Entertainer of the Year award, doesn’t often go on tour. So when he comes out to perform at a stadium near you, you don’t want to miss it.

With over 148 million albums sold, Brooks is the No. 1 selling solo artist in U.S. history. He’s also the first artist ever to receive 7 Diamond awards from the RIAA for his 7 albums, with over 10 million copies sold for each one.

Michigan residents are ecstatic that Brooks is coming to Detroit, showing their love by selling out the February 22, 2020 concert just 90 minutes after tickets went on sale. It’s reported that this is the highest number of tickets ever sold for a concert at Ford Field.

In a testament to how anticipated his tours are, many of his stops around the country have been selling out, just as in Detroit. His shows in Charlotte, Cincinnati, Knoxville, Boise, Denver, Pittsburgh, and others are all sold out too.

Garth Brooks doesn’t do many tours, and certainly doesn’t stop by Michigan too often. His upcoming show at Ford Field is not something you want to miss. A critically acclaimed artist putting on a rocking concert makes Detroit the place to be on February 22.

At Christmas time, what better way to ring in some cheer for the whole family than with holiday lights? Seeing twinkling lights on display truly gives us that merry and bright feeling we’re after at this time of year.

Throughout Ann Arbor, there are several places to glimpse the holiday lights. Two notable tours are the Wayne County Light Fest and the Lights Before Christmas at Toledo Zoo. Another great, free way to see the sparkling lights is to hop in the car and drive around your neighborhood.

But why hop in the car when you make your holiday lights tour in Ann Arbor extra special with a limo or party bus? If you have a big family or group of friends, a luxury limousine can fit everyone comfortably. Renting a party bus for a holiday lights tour could be a great work event with colleagues too!

Let’s face it – when you drive through a lights display in a normal vehicle, it can be tough for everyone in the car to see everything. Apart from the twinkling lights and maybe some accompanying Christmas music, there’s not a whole lot of excitement. With a party bus, you can get up and visit with everyone, eat snacks, play games, or even dance to some classic Christmas songs.

This holiday season, there’s a full schedule of events lined up at Little Caesars Arena. One of the highlights is the Trans-Siberian Orchestra, performing their Winter 2019 tour, “Christmas Eve and Other Stories.” Beginning in 1999, TSO’s annual performances have become a holiday tradition for both young and old audiences. Performances are at 3:00pm and 8:00pm on December 28.

Another spectacular show at Little Caesars that’s not worth missing is Cirque du Soleil: AXEL. The ice skating performance features Cirque du Soleil’s signature stunning acrobatics, as well as live music and amazing graphics. Ring in the New Year with Axel and Lei, the two main characters of the show’s story, as the skate their way through the adventure. The show runs from January 2 – January 5.

If you want to see some impressive ice skating but acrobatics aren’t your thing, then the Great Lakes Invitational might be more your speed. The two-day college hockey tournament has become a holiday tradition for hockey-lovers in Michigan. Schools competing this year are Michigan Tech, Michigan State, Ferris State, and the University of Michigan. Things kick off December 30 at 1:00pm, and end with the Detroit Red Wings hosting the San Jose Sharks at 7:30pm on December 31.

While there’s always plenty to see and do for Christmas, don’t forget about New Year’s Eve! How do you plan to celebrate the New Year – and the new decade? Do you do the biggest party night of the year with family and friends? Are you a stay-at-home and watch-the-ball-drop-kind of person, or do you have a big NYE bash to attend?

If you’re planning to head out, then why not rent a limo or party bus with Rockstarz? You cannot deny – there’s no better way to arrive at a big NYE party than with a big NYE party bus. With a party bus or limo rental, you don’t have to wait until you arrive at the venue to start having a good time! Plus, you can rent a bus with a big group of friends and show up together.

Additionally, you don’t have to worry about finding a place to park or walking a long way to get to the party. By arranging transportation for yourself and your friends, you thoroughly avoid drinking and driving as well. Everyone can enjoy NYE while staying safe.

Looking for NYE plans? Try New Year’s Eve at Conor O’Neill’s, the Irish pub that has a Roaring Twenties theme this year. Or head to LIVE nightclub on First Street in Ann Arbor. The 1920s are big this year in Ann Arbor, because the Circ Bar is hosting a Great Gatsby-themed NYE as well.

Whatever your plans are this year, arrive in style – and stay safe – by renting a party bus or limo. Make NYE 2020 the most memorable one yet.

10 Interesting Facts to Learn About the President’s Limo

Whether Donald Trump is very passionate about cars or not, he definitely rides some of the exclusive automobiles in the world. The Cadillac Limousine is 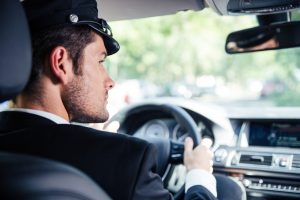 A Guide on Tipping Limo Services

The decision to hire a limo for an upcoming event will be one of the best that you ever make in a long time. You 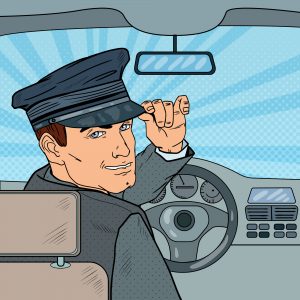 No one will pass up the chance to ride in a limousine if it’s available. If you choose Brighton limo rentals, you will have a

Reasons to Hire a Limousine For Your Birthday

Celebrating a birthday is something that happens once every year. You might be thinking about making the day special for your loved one. What other 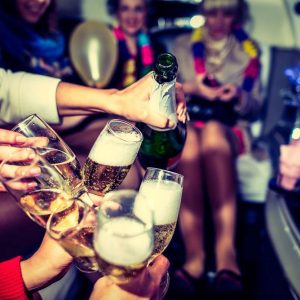 Right now, bars and restaurants across Michigan are closed due to COVID-19 health and safety regulations. This can make it difficult to plan fun outings 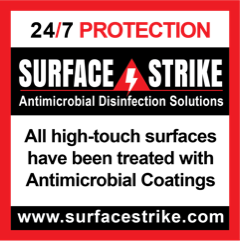 Please enter your rental details below